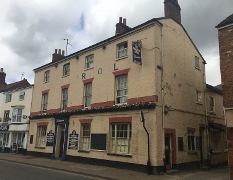 A local landlord has been prosecuted for failing to comply with Improvement Notices on her property and failing to licence her house in multiple occupation (HMO).

South Holland District Council carried out a series of inspections of The Chequers in Holbeach after the Food Health and Safety Team raised concerns about the condition and occupancy of the property. Following visits the property was found to be in urgent need of work and an Improvement Notice was immediately issued to the landlord, Mrs Chony Andrews.

Over the following months further reminders were sent out after it became clear the instructed work was not being carried out, and after Mrs Andrews had failed to act upon the five identified hazards, coupled with the failure to licence an HMO, she was summoned to Boston Magistrates Court for hearing on June 18.

Mrs Andrews failed to attend court but the magistrates agreed to hear the case in her absence, and she was found guilty of the offences charged. For these Mrs Andrews received a £2,500 fine for failing to comply with the Improvement Notice (£500 per offence), and £1,000 for failing to licence a HMO.

She was also ordered to pay a contribution to the Council's costs and a mandatory victim surcharge, bringing her total fine to £4,160. Magistrates made clear that this was money that should have been spent making changes to comply with the Improvement Notice, and that the fact that the HMO was unlicensed was a particularly serious issue to them.

Councillor Christine Lawton, portfolio holder for Housing and Health said: "Everyone has the right to live in a safe and decent home. The conditions that we discovered at this property were completely unacceptable and risked putting the health and safety of the occupants at risk.

"Rented accommodation must provide a healthy and safe environment for tenants and anyone else connected to the property. The legislation and standards in place exist for a reason and we will not hesitate to take action against anyone who does not comply."