South Holland District Council raised the Armed Forces flag at their Priory Road office last week, to show appreciation for the work of Forces personnel throughout history as part of Armed Forces Week.

The raising was led by council Vice-Chairman Cllr Paul Redgate, who was joined by Armed Forces Champion Cllr Rodney Grocock.

The event was held as part of Armed Forces Day, the annual national campaign that gives the opportunity for people to show their support for the men and women of the Armed Forces past and present, including currently serving troops, service families, reservists, veterans and cadets. 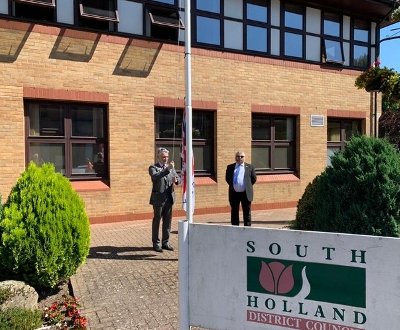 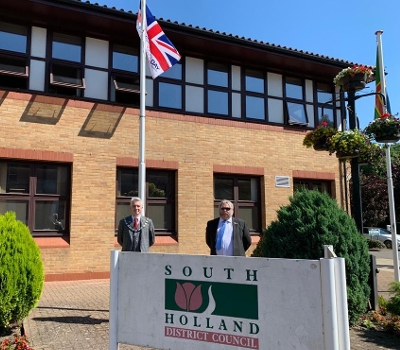