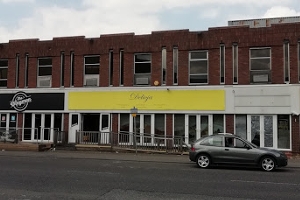 A Spalding shop has had its Premises Licence revoked today (Thursday 28 November), after it was found to be undertaking working practices which raised serious public safety concerns and the apparent use of an illegal worker.

Delicja, of Westlode Street, was in front of South Holland District Council's Panel of the Licensing Committee after an application for review of the Licence by Lincolnshire Police, who raised serious concerns about the premises following a visit on 18 July this year and a later test purchase operation in August.

The visit highlighted numerous issues with the shop, including cans of beer being offered for sale without a price being displayed, in breach of the Price Marking Order 2004. Officers also witnessed cans of beer with different brand and strength all being sold for the same price, and in some instances at a lower cost than the owner claimed to have purchased them for.

Further investigation found 763 individual medicine products for sale, many of which had no English labelling in their original packaging. This is also an offence and upon inspection by a Controlled Drugs Officer some was found to be prescription only medicine, which could pose a serious risk to the public if purchased.

An individual at the premises who was seen selling items to customers was also found to be an illegal worker with no right to work in the United Kingdom. CCTV showed that he had been present in the shop performing tasks over the previous few weeks, and he was able to confirm to Police that he was often paid in food, drink and money for the work that he did.

The CCTV system in general was found by the Police to be non-compliant with the licensing conditions, situated in a cupboard that was blocked by numerous boxes of produce. The necessary 28 days of recordings were unavailable and staff showed a general lack of knowledge about how the system was operated.

Finally, during the test purchase operation in August, a worker from the premises sold alcohol to a child under the age of 18, which is an offence.

The hearing was attended by Mr Salar who the Council's Committee had denied a transfer of the licence to earlier this month.

Donna Hall, South Holland District Council's Licensing and Business Support Manager said: "Our public protection team work hard with Lincolnshire Police and other partners every day to stop illegal activity and ensure that the people of South Holland are kept safe from harm".

"It is important that the Licensing Committee continue to take a strong stance against any premises who do not adhere to the licensing laws or who fail to ensure the protection or wellbeing of their customers, not only to protect residents but also to support businesses in the District."

The ban on alcohol sales at the premises will come into effect after 21 days, depending on whether an appeal is lodged with the Magistrates Court during this time. For more information on Licensing laws and regulations, visit www.sholland.gov.uk/Licensing.