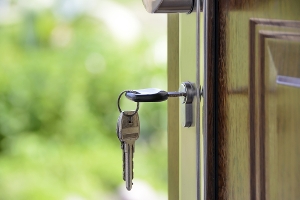 A South Holland landlord has been found guilty of failing to license a house in multiple occupation (HMO) on Vikings Way in Spalding, leading to a fine and other costs totalling over £1,200.

Nicholas Moyses was called to Boston Magistrates Court on Monday 14 October after he ignored numerous attempts by South Holland District Council to ensure that he attained the necessary HMO licence for the house.

Following a lack of response from Mr Moyses on whether or not the property was being used as an HMO, an inspection was carried out on 27 June by the Council's private sector housing team, who were able to confirm that the property still had multiple occupancy, with six bedrooms in total.

Mr Moyses failed to attend court but the magistrates agreed to hear the case in his absence, and he was found guilty of failing to licence his home correctly. For this he received a fine of £750, together with a victim surcharge of £75 and costs of £380. This made a total amount payable of £1,205.

Cllr Christine Lawton, South Holland District Council portfolio holder for housing and health said: "This prosecution highlights our continued commitment to ensuring that residents across South Holland are kept safe from unlicensed and unsafe landlords. Results like this are only possible through the hard work of the Council's entire housing team, who regularly monitor properties in the district and are able to take swift and decisive action when it is required.

"Homes need to provide tenants with a healthy and safe environment to live in, and the licensing is a crucial part of us being able to monitor this and ensure that these necessary standards are met. The legislation exists for a reason and we will not hesitate to take action against anyone who does not comply with it."