Landlord fined for renting out hazardous home in South Holland 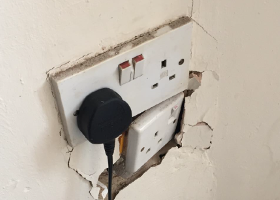 A South Holland landlord has received a significant fine following enforcement action by South Holland District Council and Lincolnshire Police, for repeatedly allowing a home to be occupied despite being in a state which posed a serious risk to the health of those inside it.

Action was taken against Jonathan Patrick Hoey, of Foremans Bridge Caravan Park in Sutton St James, after a property he owned, Seagate Farm in Long Sutton, was found to be occupied, breaching an emergency prohibition order the Council had issued two months earlier.

The prohibition order was served following an inspection of the property by Council officers in a joint operation with Lincolnshire Police in March 2019.  Under the Housing Act 2004 numerous Category 1 hazards were found at the property, which posed an imminent risk of serious harm to 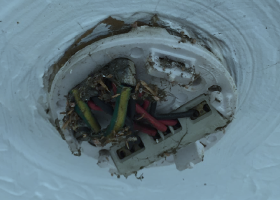 the health and safety of any occupiers of those premises.

Mr Hoey complied with the notice at this time, which required him to ensure that it was vacated until necessary work had been completed. However in May 2019 it was inspected again by SHDC, who ascertained that the property was again occupied and that the serious hazards had not been rectified.

Cllr Christine Lawton, South Holland District Council portfolio holder for housing and health said: "We have a duty to all of our residents to ensure that they are kept safe and

protected from dangerous or unsuitable conditions. In order to achieve this we regularly inspect these buildings and in this instance our officers identified major concerns that could seriously endanger anyone visiting or living in the household.

"After the notice was not adhered to, it was important that the Council took enforcement action quickly and effectively, as allowing the building to remain occupied in its unsafe state would have been a serious risk to well-being, which as a council we cannot allow. We are pleased with the result and hope it sends a strong message to rogue landlords or neglectful property owners in the District that we will always take action when appropriate."