Criminal Behaviour Order handed out for Anti-Social Activity in Crowland 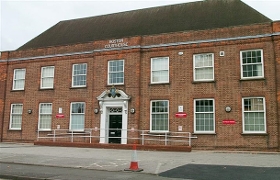 A Crowland man was handed a Criminal Behaviour Order last week after being found guilty of numerous breaches of a Community Protection Notice in the town.

South Holland District Council applied for the Order against Peter Woods following a string of reports about him causing harassment, alarm and distress to members of the public in Crowland, ignoring several formal warnings from the Council and Lincolnshire Police.

Mr Woods, who has no regular income, failed to attend Boston Magistrates Court on Monday 29 April. In his absence he was found guilty and received a twelve month conditional discharge and ordered to pay a victim surcharge of £20. The court also agreed to grant SHDC's Criminal Behaviour Order until further notice, imposing several conditions to prevent the Defendant from engaging in abusive, aggressive or intimidating behaviour in the future.

The Council will work closely in partnership with other agencies to support and monitor the Order, which also instructs Mr Woods to work with local authorities and organisations for help with his physical and mental well-being, as well as receiving assistance with establishing and maintaining his entitlement to state benefits and support.

A South Holland District Council spokesperson said: "We continue to work hard to crack down on anti-social behaviour within South Holland. We didn't take the decision to take Mr Woods to court lightly as we are fully aware of his vulnerabilities, however we have a duty to protect victims and cases like this send a clear message that people cannot harass our residents and businesses without consequences.

"We are committed to working closely with partner agencies and organisations, including Parish councils and Lincolnshire Police, to tackle this kind of disorder and to support vulnerable individuals moving forwards. South Holland is a safe and pleasant place to live, work and visit and we will continue to do everything we can to keep it that way."